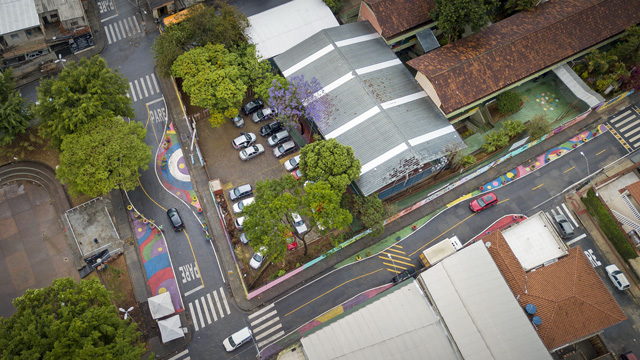 As the COVID-19 outbreak disrupts mobility worldwide, more and more cities are transforming their streets to increase space for walking and cycling and reduce car use during and after the pandemic. These changes are designed to help people get around while maintaining social distancing, but they can also help cities transition to a more resilient, more connected, lower carbon future.

This is a good thing for people, cities and the planet. Besides shifting the balance of public space towards people rather than cars and increasing the safety of walking and cycling, these street transformations can bring broader benefits for climate change, public health, the local economy and inclusion.

For the concept of “complete streets,” the current moment may signal a tipping point, after years of building momentum. And for other potentially transformative urban solutions struggling to become mainstream, there is much to learn from this surge of cities adopting more expansive street redesigns.

But not all street redesigns are successful over the long term. From our extensive experience working to test, pilot and implement complete streets interventions in more than 20 cities in Brazil, we reflect on lessons learned about how to create impactful and lasting change. These experiences can help cities looking to implement similar solutions in response to COVID-19, as well as other projects looking to transform cities at scale.

Small-scale, quick and affordable changes in street design can generate a large impact. Such “tactical urbanism,” which can entail simply painting new pedestrian areas, installing low-cost street furniture or creating parklets out of parking spaces, can serve as a catalyst for broader change. Coupled with community engagement – especially with those who live, work or use the street with frequency – it allows people to experience the new design before permanent changes are implemented, learn about the benefits and very often build strong support for further changes. Seeing is believing.

This strategy has proven effective for the implementation of complete streets projects across Brazil. Projects were executed faster because the changes were not necessarily permanent at the start and could be reversed. Data collected during pilot periods often showed tangible benefits, helping more pilot projects convert to permanent changes. Quick wins also encouraged city officials to try similar projects in other parts of the city, even increasing the scope of changes for a bigger impact.

When executed in a way that’s responsive to community concerns and with a plan for the future – whether just a maintenance plan for a light intervention or more permanent infrastructure – tactical urbanism can be a strong ally of positive urban transformations by earning people’s trust, providing a space for learning, and keeping decision-makers and users alike motivated by seeing quick gains.

Community engagement is key to the lasting success of tactical urbanism interventions like this low-speed zone project in Belo Horizonte. Photo by Rafael Tavares-Octopus Filmes/WRI Brasil

As cities face a growing list of challenges, it’s more important than ever that they share experiences and can understand what’s worked elsewhere. WRI Brasil, together with the National Front of Mayors, created a network of cities working to implement complete streets across the country. Thanks in part to this coalition, the initial number of cities working on complete streets projects in the country has already doubled from 10 in 2017 to 21 today.

Such peer networks allow urban planners to exchange challenges and lessons learned, helping each other to overcome local problems and deliver better projects. As a group, they end up evolving projects faster by pushing each other and acting a bit like a team focused on a shared vision of improving streets for residents.

The success of coalitions very much relies on two aspects. First, a good governance structure that allows for a smooth relationship among participant cities and the organization that coordinates them. Setting frequent online check-ins, creating an easy-to-access platform for sharing experiences like a WhatsApp group, and hosting in-person meetings once or twice a year for deeper connections help people feel connected and motivated. Building trust is essential to allow a seamless flow of activities by different actors and achieving tangible outcomes. 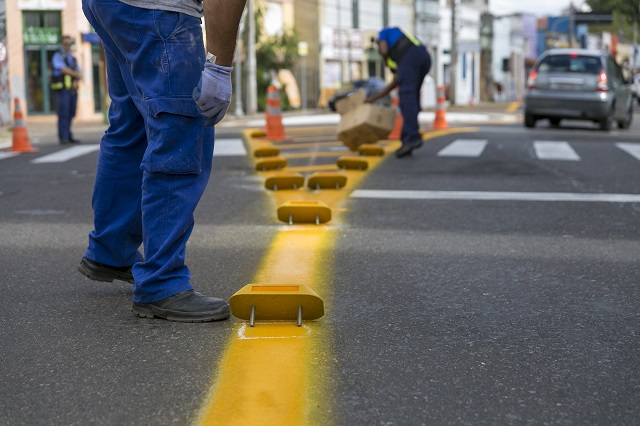 Be Ready for Moments of Change, But Pay Attention to the Details Too

A common frustration among city officials is when good projects are shelved for years because there is reluctance to challenge the status quo or a new government enters office and existing projects are paused in favor of different political priorities. Tactical urbanism and city networks have both helped short-circuit this dynamic in Brazil by lowering the bar for starting a project and expanding the framing for change beyond the agenda of one mayor or another.

External disruptions can also be an impetus for change, creating moments when new solutions are all of a sudden sought after rather than spurned. COVID-19 has drastically changed how cities work as lockdowns introduce new rules for moving and living in cities. The benefits of complete streets and tactical redesigns are clearer than ever as mobility patterns change, there are fewer cars are on the streets and more space is needed for non-motorized transport. Decision-makers in Milan, Paris, Seattle and elsewhere are recognizing this and using COVID-19 responses to pivot to more pedestrian- and cycling-friendly urban design. And the changes are being enacted not only to improve the use of public space but explicitly because of the potential of walking and cycling to contribute to a more sustainable and livable city too – in short, because of their transformative potential.

But though street transformations can be implemented fast, they still require high-quality, well-incorporated designs to be successful over time. For example, in higher speed zones, using just light barriers to separate cyclists or pedestrians from cars can put people at severe risk. In these cases, speed reduction efforts conducted in tandem with street transformations are a must, as well as clear signage so all users, including drivers, understand the new dynamics of the street. Designing safe intersections that incorporate the new road dynamics and connecting existing pedestrian and cycling lanes to any new infrastructure are also key elements to ensure changes connect to the broader urban mobility network. These details may take more time to get right, but they help ensure the success and sustainability of a project. 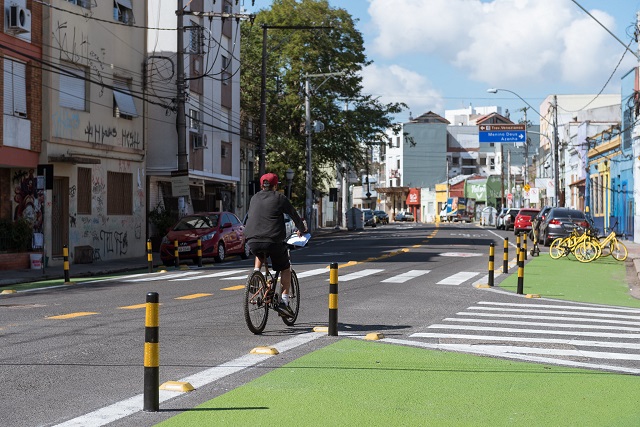 We are living in a period of transition that may lead to multiple urban transformations. People will travel, work and live differently for some time. Dedicating more of the huge amount of public space devoted to cars to walking and cycling benefits cities in multiple ways. More compact, connected cities are healthier, more sustainable, more inclusive and more productive, potentially yielding as much as $24 trillion in net benefits by 2050. But it’s those cities that adapt fastest and are able to sustain transformative change that will benefit most from these changes.

Fernando Corrêa is a Communications Analyst for WRI Brasil.