A World Resources Institute website
Road Safety
India Has the Worst Road Safety Record in the World. A New Law Aims to Change That 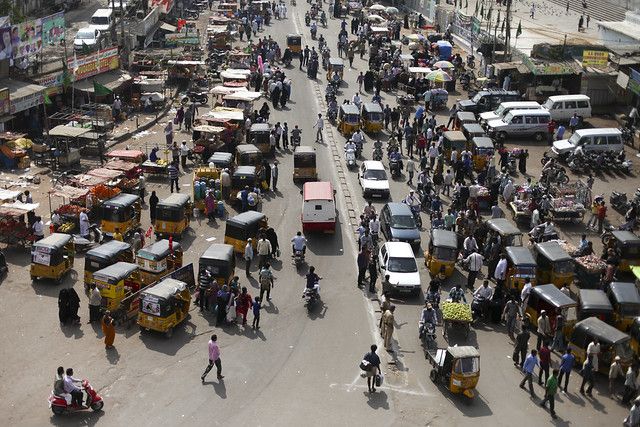 India’s parliament approved the Motor Vehicles Amendment Bill on July 31, 2019, the result of a five-year effort to improve national legislation on road safety. After the president’s approval, India’s streets may finally become safer places for both pedestrians and drivers.

Road traffic deaths have reached alarming levels across the world, with 1.35 million people dying in traffic accidents every year, but India’s road safety is the worst on record. Around 149,000 people lost their lives on Indian roads in 2018 alone. India accounts for about 2% of motor vehicles globally, yet it’s responsible for more than 11% of road traffic deaths.

Countries that have improved their road safety have often done so through effective central legislation, such as Sweden, Australia, United Kingdom, etc. While India has been discussing amending its Motor Vehicles Act for more than two decades, the trigger for action came when then-Central Minister Gopinath Munde was killed in a traffic crash in June 2014. India’s signing of the Brasilia declaration to reduce road traffic deaths 50% by 2020 spurred further momentum.

India’s Motor Vehicles Act of 1988 was drafted when the country’s motorization was in its nascent stage. Policymakers wanted to boost motor vehicle ownership, and thus prioritized the movement of goods and passengers. But the legislation was missing a crucial feature: safety.

The bill proposes creating a board with representation from state governments to advise central and state governments on road safety and traffic management. The bill empowers the central government to come up with national transport policy, which would help develop a framework for planning, granting permits and setting priorities for the road transport sector. Encouragingly, the bill clearly links infrastructure design to safety. If agencies, contractors or even consultants fail to design or maintain safe roads, the government can penalize them with fines of up to $1,500. The bill also proposes a new category of permits that will help scale up public transport services in cities as well as rural areas. Research shows that the risk of being involved in a traffic crash increases with every kilometer traveled in a personal vehicle. Increased use of public transport not only improves accessibility, but reduces vehicle travel, thereby improving road safety.

The bill empowers the government to ask manufacturers to recall motor vehicles if they could potentially damage the health and safety of road users, whether because of design flaws, emissions or other features. The bill would also allow the central government to levy penalties of up to $15 million if vehicle manufacturers fail to meet motor vehicle standards. The bill also recognizes ride-hailing companies like Uber and Ola. This will help better regulate these companies in terms of drivers’ working hours, data sharing including over things like speeding and traffic violations, and more.

One of the most talked-about provisions of the bill is enhanced penalties. Many traffic offenses in India, such as drunk driving and speeding, currently have low penal provisions. Enhanced penalties will act as a deterrent and hopefully improve safety. The bill would also create a Motor Vehicles Accident Fund that provides compulsory insurance to all road users in India ‒ from drivers to bicyclists to pedestrians. The fund would pay for treatment of victims, compensate victims’ relatives and more. The bill also protects “Good Samaritans,” anyone who assists a crash victim by providing emergency medical or non-medical support, from any civil or criminal action. For offenses committed by juvenile drivers, the bill proposes that the guardian or owner of the vehicle would be guilty.

WRI has supported proposals to include road safety in India’s motor vehicle laws since the issue first came up for public discussion in 2014. WRI provided evidence to Indian agencies on how strong legislation improves road safety and raised awareness about a Safer by Design approach to road safety and sustainable mobility through opinion pieces, workshops, and trainings for civil society groups and trucking and taxi associations. This helped to build consensus that sustainable mobility can play an important role in improving road safety.

Road traffic crashes are an epidemic in India. It is not only a public health issue, but an economic one. The country loses $58 billion, or 3% of its GDP, every year due to road traffic crashes. The benefits of improving road safety go far beyond increasing the overall quality of life for India’s citizens and will undoubtedly save many lives.