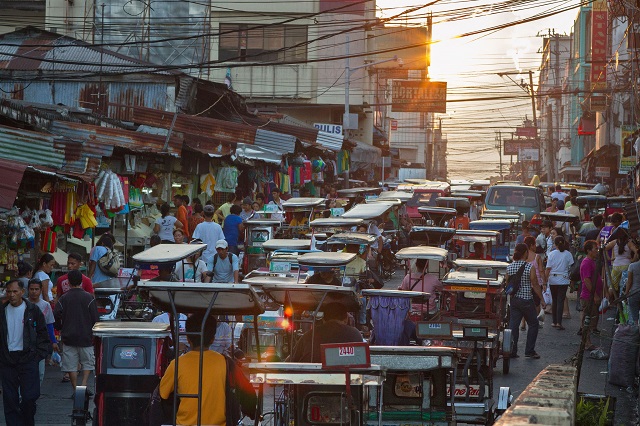 Electrification might not make sense everywhere. But, for cities in countries like the Philippines, it should be a priority. Photo by Adam Cohn/Flickr

Electrification is a key step to creating low-carbon cities. Replacing fossil fuel-powered vehicles, stoves, furnaces with electric alternatives reduces emissions and creates a host of other benefits. But not all cities are equally suitable for electrification. In some cases, electrification is impractical or can actually increase greenhouse gas emissions.

Analyzing national-level data, WRI’s new paper, Shifting Currents: Opportunities for Low-Carbon Electric Cities in the Global South, finds 34 low- and middle-income and emerging market countries in Latin America, Asia and Africa where electrification is a good strategy today. These countries contain 105 cities with populations greater than 1 million. Although each city is different, electrifying these could have an outsized impact on curbing climate change.

We also found 38 countries where electrification may not make sense today, containing 256 cities with populations greater than 1 million.

We argue there are two criteria for determining good candidates for electrification:

These two criteria are not always mutually exclusive. For example, distributed renewables, such as solar photovoltaics, can provide both electricity access and allow people to shift away from kerosene lighting.

While there are other reasons for electrification ‒ namely to reduce local air pollution ‒ these two criteria are critical in determining where electrification makes the most sense.

Latin America Is Ripe for Electrification, but Sub-Saharan Africa Is Not

Based on these two criteria, electrification is a good strategy to pursue today in all South American countries and some countries in the Middle East, North Africa and Asia, such as Egypt, Nepal, Pakistan, Philippines, Thailand, and Sri Lanka. These countries include major cities like Bangkok, Bogotá, Cairo, Colombo, Karachi, Kathmandu, Manila and Montevideo.

Cities are already responsible for about 70 percent of the world’s greenhouse gas emissions. The battle to rein in global warming and decarbonize our economies will be won or lost on city streets.

A range of economic policy initiatives can accelerate the transition to low-carbon electric cities. The upfront investment cost associated with low-carbon electricity generation and electric devices is the biggest economic barrier. Incentives can help, such as subsidies for electric rickshaws, buses and cars, or electric stoves, LED (light emitting diode) lighting, and solar lanterns, and through the provision of electric charging stations. Legal and regulatory environments need to broadly support the electrification process by, for example, changing building codes and practices to increase the use of heat pumps in buildings.

Other steps include mandating zero-emission vehicles in municipal fleets, blending public and private finance to address risk perceptions, and encouraging manufacturers to develop new business models, such as battery leasing.

While electrification is an essential long-term strategy for the decarbonization of cities, decision-makers must exercise caution as to where it is deployed now.  The impact of electrification on both emissions and equity needs to be at the forefront.

Christopher Kennedy is Professor and Chair of the Department of Civil Engineering at the University of Victoria, British Columbia, Canada.

Iain D. Stewart is a Postdoctoral Fellow in the Global Cities Institute at the University of Toronto.