A World Resources Institute website
Guest Contributor
Young People May Be Changing the World, But Too Many Are Being Left Behind 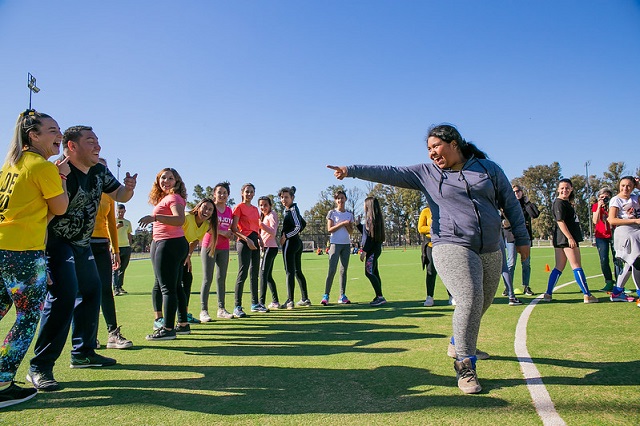 Desafio engages Argentinian youth in a variety of after-school programs to reach their full potential and lead more rewarding lives. Photo by El Desafio/Flickr, used with permissions courtesy of Desafio.

Teenage activist Greta Thunberg has attracted global renown with her message to the world’s leaders that they must act now to address climate change. Time Magazine recently recognized her as the 2019 Person of the Year. But Thunberg’s recognition is bittersweet in the opinion of Mario Raimondi, the executive director of El Desafio (Spanish for “The Challenge”), an Argentinian organization based in the city of Rosario that “defies poverty through social innovation.”

“I feel there’s something contradictory about youth around the world getting involved with important issues, such as Greta Thunberg with the climate emergency or as we’ve seen in the U.S., with young people demonstrating against gun violence,” says Raimondi.

Raimondi feels that on the one hand, we should support these movements based on their merit. But on the other hand, “it’s a very different thing to celebrate [these movements], because kids shouldn’t have to be doing these things. As adults, we should be the responsible ones that take care of these problems.”

Raimondi’s focus as a founding member of El Desafio has been on preparing young people with foundational skills designed to help them to realize their true potential, get off the streets and back in school, and over the long term live healthier, more rewarding lives.

In other words, a personal growth path that sharply contrasts the downward spiral many of Rosario’s impoverished youth get caught up in…a life of drugs, crime and, far too often, an early death.

To truly appreciate the challenges El Desafio faces in achieving this goal, consider that Rosario has the highest crime rate in Argentina. Between 2011 and 2014, over 570 people were killed, many in drug-related violence, a murder rate that’s more than triple the national average. As for the youth, 60% live below the poverty line, making them particularly vulnerable to getting involved in drug crime.

El Desafio offers a variety of after-school personal development programs tied to activities ranging from sports to the arts to computer programming. “We are neglecting youth, and we have to help unleash their power in order to help create positive societal change,” he says. But the type of change Raimondi refers to isn’t about creating more Gretas of the world, but rather, helping local kids to get a proper education and pursue a positive career path. Then, eventually, making a positive contribution to society as well-adjusted adults. 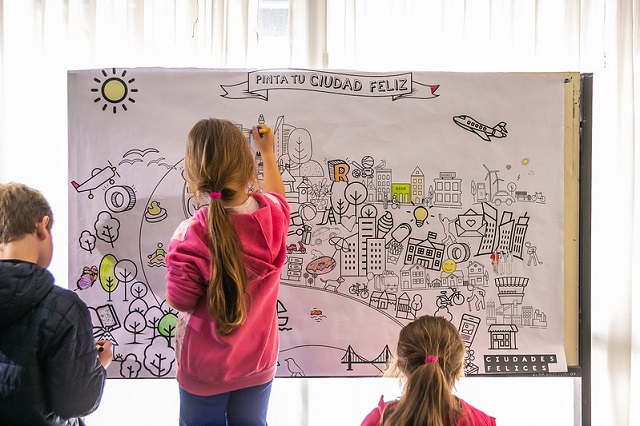 Raimondi says that of the more than 900 kids who have gone through their program to date, over 98% have stayed in the program, 63% have gone back to school, and between 80-85% have acquired valuable life skills like conflict resolution, managing frustration and communicating more effectively – skill development Raimondi says is lacking not just within Argentina’s educational system, but everywhere.

Prior to helping establish El Desafio, Raimondi spent several years as a field hockey coach in the Netherlands, where he says he “could see kids were lacking self-esteem because the parents and society in general were putting too much pressure on the them either because of competition [in sports, for example] or getting good grades in school. So, it makes you realize, the need kids have for soft skills is something that applies around the world.”

El Desafio’s sophisticated model seeks to address those needs. Facilitators – “we don’t call them teachers,” Raimondi emphasizes – engage the kids in two-hour sessions three times a week in programs that cater to their specific interests. But what sets these programs apart from other after school programs is that the program curriculum is secondary to the overarching goal of building life skills.

“The kids may be there to play football, and it’s not like we tell them that while you’re playing, we’re going to develop your communication skills, but that’s what they’re getting,” says Raimondi.

As Raimondi sees it, the challenges kids face today have never been greater. “We are living in a historic moment for humanity because we’ve never faced the challenges that we are facing right now with everything from political unrest to climate change,” he says. “And because of this, for the youth, there’s a lot of uncertainty. We don’t know what is going to happen to them in 5 to 10 years.”

This is why, he says, the adults of the world rather than the youth need to take ownership of the problems we face. “We know what we need to do to resolve many of these issues. So, we just need to be very good at creating change and making change happen.”

Raimondi will present on the topic of youth development at the Urban Future Global Conference in Lisbon, Portugal, in April 2020.

Mark Wessel is a writer and public speaker who profiles unique city initiatives tied to sustainability, resiliency and quality of living that other communities can learn from. In addition to TheCityFix, his work has appeared in Next City, Municipal World, Cities Today, Urban Future and selected Postmedia newspapers.