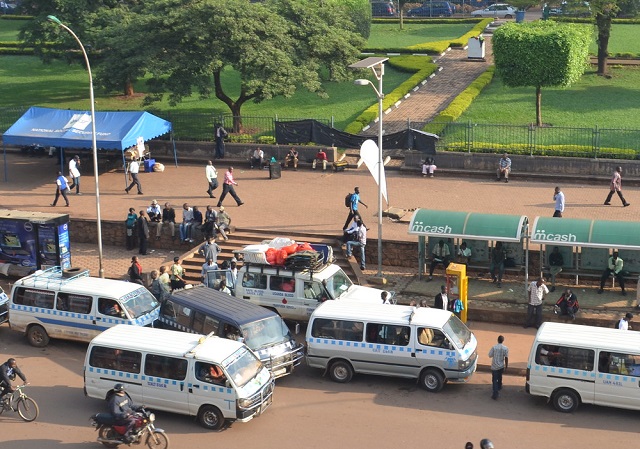 Street lighting is important. It allows informal vendors and traders to operate for longer hours and improves road and public safety. It also makes streets feel safer and more secure, especially for women.

But street lighting is sorely lacking in many of sub-Saharan Africa’s cities, and where it is present it’s highly unreliable. In Kampala, Uganda, for example, just 8% of the city’s paved road and street network is illuminated.

Even when there’s political will, there are major barriers to implementing conventional street lighting. Many cities have large areas of informal settlements which aren’t connected to the national grid. The upfront costs of grid connectivity and streetlight infrastructure – like poles, lamps and pavements – are huge.

The solution may lie instead with solar lighting. We wrote a policy research paper based on work we did in two Ugandan cities, the capital Kampala and Jinja, a secondary city with a population of around 80,000, and found that solar street lighting could offer a cheaper, more sustainable solution – and bring huge benefits.

Solar street lights are cheaper to install and operate since they generate their own power, instead of drawing from the grid.

We chose Kampala and Jinja because both cities’ governments had installed solar street lights in 2018 – more than 1800 in Kampala and 92 in Jinja. We wanted to know what the lights’ impact had been since they were installed and if this could be replicated in other cities across Uganda and sub-Saharan Africa.

We analyzed national policy documents and city development strategies and consulted with research colleagues at Makerere University in Kampala to identify a range of stakeholders to interview. In total, we interviewed 23 people, including government officials, NGOs and members of local communities, like business owners and road users.

Across the two cities, the average cost for a solar light was around $1,600 per solar street-light pole, compared to $2,150 for a conventional streetlight pole. In Jinja the city’s $350,000 electricity debt led to the conventional street lights being turned off. They are still off today.

If these projects were replicated nationwide, the Ugandan government could reduce its upfront costs by 25%, electricity costs by 40% and maintenance costs by 60%.

Solar lighting also has almost no operating costs because once you put the lights up, the sun does the rest. Conversely, conventional lighting incurs large electricity bills and higher maintenance costs because bulbs need to be replaced more frequently.

Local residents and NGO workers we spoke to identified many knock-on effects from both solar street-light projects.

In Jinja, residents of a low-income settlement where 20 solar street lights were installed said that the lights created safer streets and allowed small businesses to stay open for an extra five hours per day. This is particularly important for low-income groups who can now make more money in the day.

The street lights have the potential to do much more.

For example, solar lights can help increase trading hours for small businesses. And thanks to savings on electricity, the cities’ governments could also redirect saved funds into setting up more street lights and other public services.

Though we found many benefits to the use of solar street lights, there were challenges too.

First, cities in Uganda, as in many sub-Saharan Africa countries, lack the domestic expertise to plan and implement new solar lighting projects. This means municipalities have to rely on external donors for developing city plans rather than developing domestic markets which could spur national growth.

Second, though the economic case for choosing solar over conventional street lights is clear, municipalities lack the necessary capital to finance their upfront investment. There’s also a high risk that replacement lights could be unaffordable if municipal budgeting is not improved.

To overcome these challenges, national governments should create a more robust regulatory framework to grow and control domestic solar markets; build the capacity of municipal staff to plan, finance and deliver infrastructure projects; and ensure a wide range of stakeholders – including local communities – are involved in the planning of projects in order to maximize the social returns.

This blog was originally published on The Conversation.

The Coalition for Urban Transitions is a special initiative of the New Climate Economy jointly hosted and managed by WRI Ross Center for Sustainable Cities and the C40 Cities Climate Leadership Group.

Lucy Oates is a Research Fellow on the Economics of Climate Smart Cities research program at the University of Leeds.

Andrew Sudmant is a Research Fellow and Postgraduate Researcher at the University of Leeds.

Andy Gouldson is Professor of Environmental Policy and Dean of Interdisciplinary Research at the University of Leeds.