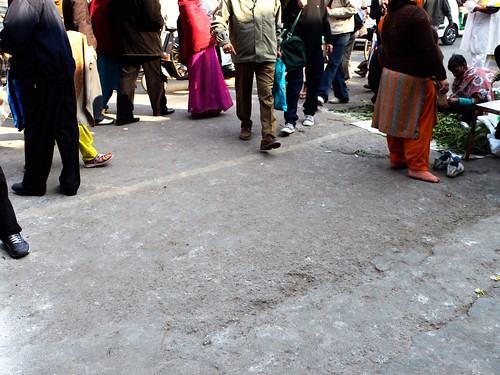 Thirty-three percent of commuters in Delhi, India walk to work in conditions that could be described as hazardous to your health. A report published by the Centre for Science and the Environment notes that nearly every pedestrian space in the city, with the exception of the Delhi bus corridor, which has dedicated cycling and pedestrian infrastructure, is vulnerable to motorized vehicle traffic.

It shouldn’t be surprising to learn that pedestrians account for 47% of traffic fatalities in the city. CSE notes that a focus on building roads where cars can sail smoothly without stopping at lights has come at the expense of pedestrians who find it difficult and dangerous to cross streets in heavy traffic. The investment in more and more space for cars, it would seem, has also channeled funding away from projects that could improve conditions for pedestrians.