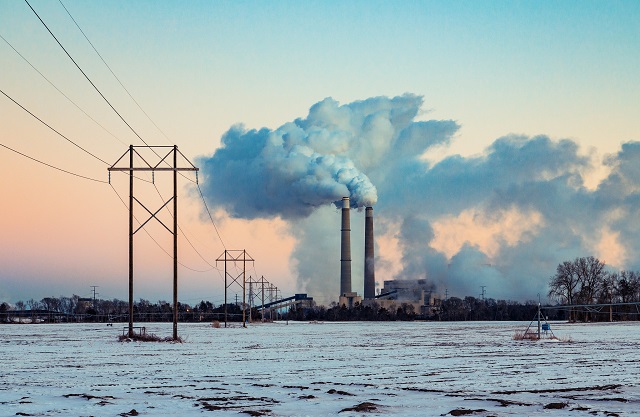 Heat and electricity are responsible for 30% of global greenhouse gas emissions. Photo by Tony Webster/Flickr

Global annual greenhouse gas emissions have grown 41% since 1990, and they are still climbing. While emissions dipped notably in 2016, recent data suggests that carbon dioxide emissions rose each year since then.

Where are these emissions coming from, and who is responsible? WRI’s ClimateWatch platform offers comprehensive emissions data for all countries, sectors and gases. Here’s what we know about the sectors and countries driving greenhouse gas emissions globally:

The Energy Sector Produces the Most Greenhouse Gas Emissions

Energy consumption is by far the biggest source of human-caused greenhouse gas emissions, responsible for a whopping 73% worldwide. The energy sector includes transportation, electricity and heat, buildings, manufacturing and construction, fugitive emissions, and other fuel combustion.

The other top sectors that produce emissions are agriculture, such as livestock and crop cultivation (12%); land use, land-use change and forestry, such as deforestation (6.5%); industrial processes of chemicals, cement and more (5.6%); and waste, including landfills and waste water (3.2%).

Buildings and Cars are the Main Activities Driving Energy-related Emissions

The “Other industry” covers a wide range of activities, including non-metallic metals, construction, mining and quarrying, textile and leather, wood and wood products, transportation equipment, and more. These activities collectively consume a large portion of fossil fuels and electricity, and thus produce a large share of emissions.

Since 1990, three sectors stand out as the fastest-growing sources of greenhouse gas emissions: Industrial processes grew by 174%, transportation (a subsector of energy) by 71%, and manufacturing and construction (also a subsector of energy) by 55%. The growth in industrial emissions stems primarily from increased use of refrigeration and air conditioning, which produce hydrofluorocarbons (HFCs), potent greenhouse gases. Increased travel by automobiles is the predominant reason transportation emissions are on the rise.

In comparison, emissions from the largest-emitting subsector within the energy sector, electricity and heat generation, increased 78% from 1990-2013, but then dropped by 2% between 2013-2016. The decrease was driven by various factors, including a shift to natural gas from coal and increased use of renewables. However, the latest carbon emissions data suggests that CO2 emissions from energy rose again in 2017 and 2018.

Countries such as Qatar and Australia, while not among the top 10 emitters, have higher per capita emissions than most top emitters at 34.8 tCO2e per person and 21.5 tCOe2 per person, respectively.

Carbon Dioxide Makes Up Most, but Not All, Greenhouse Gas Emissions

Carbon dioxide (CO2) comprises 74% of greenhouse gas emissions. Most CO2 emissions (89%) are from the use of fossil fuels, especially for generation of electricity and heat, transportation, and manufacturing and consumption. Land use, land-use change and forestry is another major contributor (7%) to human-made CO2 emissions, mostly due to deforestation.

Methane (CH4) and nitrous oxide (N2O) make up 17% and 6.2% of total greenhouse gas emissions, respectively, mostly from agriculture, waste treatment and gas flaring. Fluorinated gases (comprised of HFCs, PFCs, SF6 and NF3) from industrial processes make up 2% of global emissions. These gases are much more potent than CO2 in terms their global warming potential, and often provide overlooked opportunities for mitigation.

The world is already facing the consequences from climate change. If we are to avoid much more dangerous and costly impacts, current levels of greenhouse gas emissions must be slashed in half by 2030 and reach net-zero by mid-century. The largest emissions sources, like the energy sector, are good places to start. But to fully tackle the climate crisis, we will need deep reductions across all sectors, big and small. Switching to renewable energy, electrifying the transportation sector, introducing more sustainable agriculture practices, curbing deforestation and forest degradation, and producing less waste are a few key ways to drive greenhouse gas emissions downward and set the world on course for a safer future.

Mengpin Ge is an Associate for the Climate Program at World Resources Institute.

Johannes Friedrich is a Senior Associate for the Climate Program at World Resources Institute.